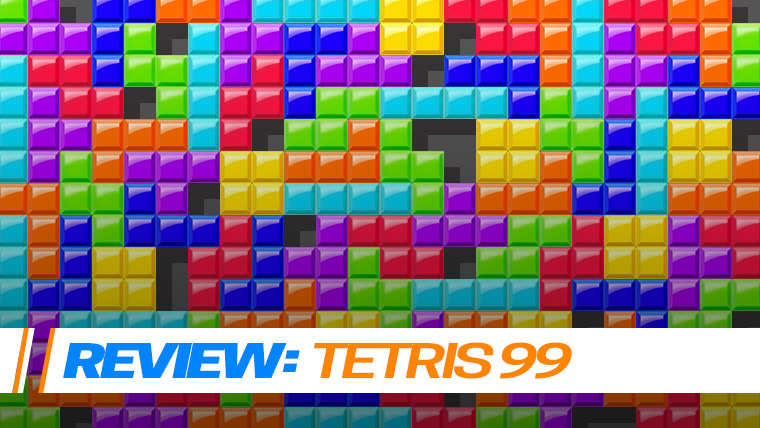 Without a doubt the world’s most recognisable puzzle video game, Tetris has delighted generations of audiences in its hundreds of iterations over the years. From shipping packaged with the original Game Boy in 1989, to breaking into the app market with iPod Tetris in 2006, the game about arranging four-piece dominoes – appropriately called tetrominoes – has long been celebrated for its pick-up-and-play personality.

Despite the fact that the core game has changed minimally since its inception at Moscow’s Soviet Academy of Sciences in 1984, the Tetris series is no stranger to innovating on itself. Tetris DS, released for the Nintendo DS in 2006, was the first version of Tetris to include online multiplayer functionality, in the guise of Nintendo-themed playgrounds. And as recent as 2018’s Tetris Effect, everyone’s favourite puzzler not only shifted into virtual reality for the first time –– with psychedelic results –– but it also introduced an element of music, essentially instrumentalising the game of Tetris.

Innovation is especially evident in Tetris 99, which arrived on the Nintendo Switch mere minutes after it was announced, exclusively for subscribers to Nintendo’s online service. Borrowing from the battle royale craze that’s swept up gamers into Fortnite and Playerunknown’s Battlegrounds, Tetris 99 pits the player against 98 others, in a block dropping, line breaking, pressure building skirmish to be the last one standing. 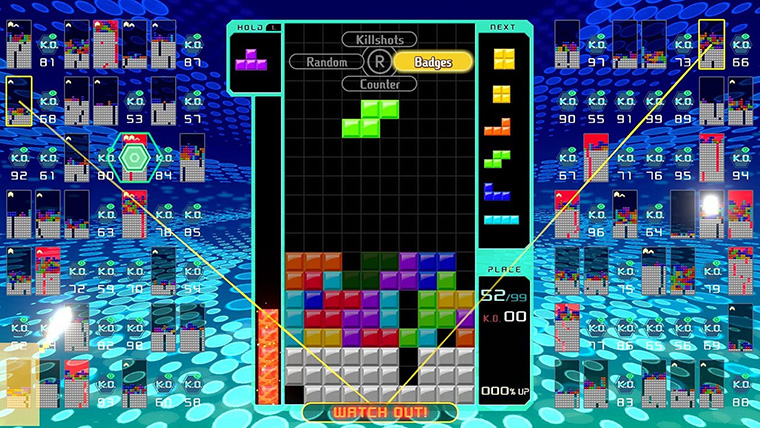 For a genre of video games usually reserved for shooters and survival games, Tetris 99 is marking new territory as the first puzzler to wave the battle royale banner. To its credit, Tetris 99 has excelled at translating all the elements of a typical open-world BR game into its iconic two-dimensional space. Unfortunately however, with any tutorials absent from the game, it does a poor job of introducing new players to its rather genius system, leading many players resorting to figure out everything for themselves.

Here’s the gist: while the player’s ordinary game of Tetris takes centerstage, 98 other games are taking place screen-side in tiny previews. By clearing lines, the player can send “garbage” to other players to constrain their play-space, not unlike other multiplayer variants of Tetris. Using a separate analogue stick however, the player can also target other players’ games, fill up their screens with garbage and rake in KO points (referred to as “bits”), ultimately ending their Tetris careers. One KO is worth one bit.

As the player accrues more and more bits in a round of Tetris 99, they begin to earn badges that multiply the amount of garbage they can send to other players. A player with 30 or more bits will possess the highest tier badge, multiplying their garbage output by 100%. With these numbers, using a long I block to clear four lines (the titular “Tetris” move) will push a total of eight lines of garbage onto an unsuspecting victim. Reaching 30 KOs in a game of 99 players may sound like a mighty feat, except that players can also loot their competitors’ bits, simply by downing them. 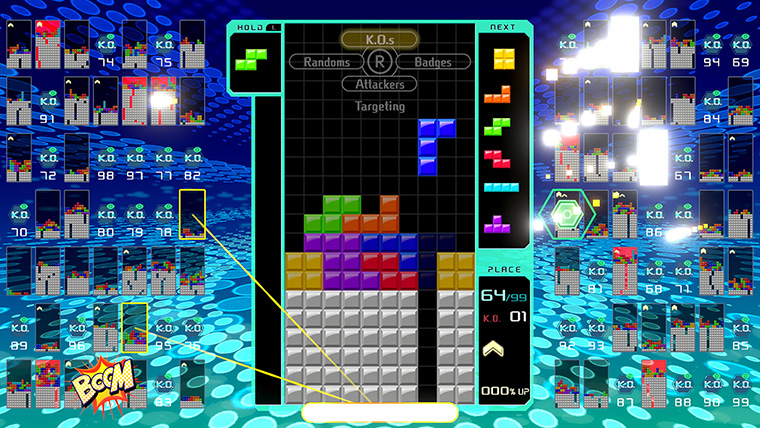 The outcome of these bits, badges and garbage multipliers is a positive feedback loop that rewards aggressive players who prey on those who are close to losing, as well as those who hold the most bits. While it’s certainly possible to make it into the top five players –– and even win –– simply by playing a strong game of Tetris, the endgame becomes significantly more challenging when your opponents have the power to rush your idle game with increasing amounts of garbage, and you’ll certainly have a tougher time fighting back if you can only send back one or two lines at a time. This is the genius of Tetris 99: beyond the same old game of dropping blocks accurately and intelligently, the game wants its players to fear everyone, to hit the strongest players, and to hit them hard –– just like any other battle royale game.

Beyond the core gameplay however, there is very little else to experiment with in Tetris 99. At the moment it’s devoid of any other game modes to further flesh out the experience, aside from some stats for hardcore players and a levelling system with seemingly no purpose. Concerning cosmetic touches, players are treated with the iconic “Type A” song during gameplay, but there are no other jingles, skins or avatars on offer. For a game that’s a free download with a Nintendo Switch Online subscription, these shortcomings are much of a muchness, but it would still be a shame if we were denied any additional modes or cosmetic options in the future.

Tetris 99 might just be the perfect battle royale game, and the Nintendo Switch is its ideal home. Best enjoyed in short bursts, Tetris 99‘s rounds are quick and action-packed, with few of the anxieties that plague typical BR games. I must commend developer Arika for capturing the essential parts of Fortnite and PUBG, breaking them down to their simplest forms, and marrying them to a game as defined and robust as Tetris. While it lacks the tutorials and hint systems to assist players in learning its deep and nuanced mechanics, Tetris 99 remains an essential puzzler for any Switch owner. Its innovative union of genre conventions is cleverly executed, and I’m interested to see how developers learn from its harmony of tropes and hopefully begin to apply them to other types of games.